If you’ve ever felt “different”, an alien in your own culture, this podcast is for you.

Rev. Karen’s talk today began from the perspective that we do things differently when we embrace the unknown, She spoke of our not-quite-fitting-into our families of origin, of feeling somewhat out of sync. Talking of when Jesus went home for a visit, she made the point that, if we don’t leave, the existing consciousness can keep us stuck in old patterns. 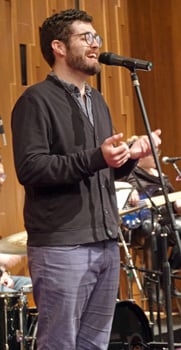 When we are outside the norm, we are “border dwellers”, such as Einstein, the Beatles, and Rosa Parks. There are also individuals who are spiritual border dwellers, such as Swami Sivananda and Paramahansa Yogananda, who introduced yoga to the West, and such as Charles and Myrtle Fillmore, founders of Unity.

The builders of Seattle Unity’s current building, back in the ’60’s, were also border dwellers. She played a clip from that time.

She talked of going to the moon, and “the overview effect”, and that we need border dwellers now, to lead our civilization into new paths of consciousness and of relating.

She closed with a prayer and a blessing, “May our minds be in service to our hearts.”

Our reader this Sunday was Mark Buick, and our featured artist was Frederick Hagreen. 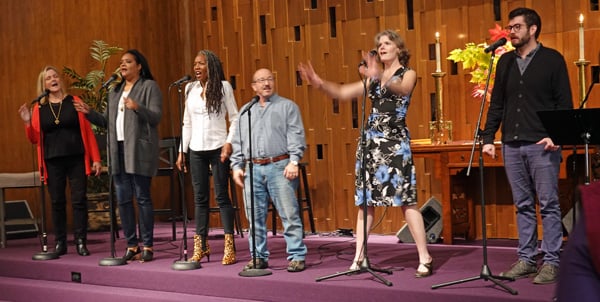 A lifelong practicing artist, Annie combines this imagination and creativity with a down-to-earth practicality to get things done within deadlines. Spreading herself widely, she developed and produced the visual and written aspects of Seattle Unity media with a varied team of volunteers. Her heart’s love is the ongoing creation of the SanctuART spiritual tapestries.