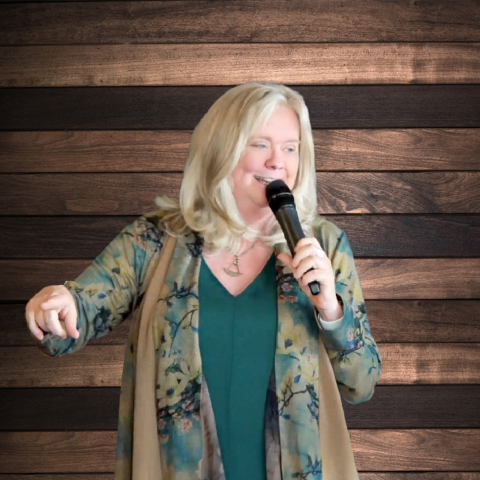 Rev. Karen is available for spiritual counseling and scheduled meetings on Wednesdays and Thursdays. Her best times are between 11 am and 5 pm. To make an appointment, email Karen at revkaren@comcast.net.

Karen was born and grew up in Chicago, Illinois, where her father worked as a Chicago cop. Her teenage years were spent as a Bleacher Bum at Wrigley Field. As she developed her own spirit, she found herself heading off to travel around Africa with a group of people whom she only knew through an ad she had answered inviting others to join them on the trip.

After her travels she returned home and became an avid student of yoga and astrology. In 1980 Karen served as a staff member at the Sivananda Yoga Ashram in the Bahamas. She taught classes, led satsangs, and along with other staff, managed the day to day operation of the ashram. Upon leaving the ashram, she traveled around the U.S. and discovered Unity. It was the perfect blend of the Eastern teachings that she had grown to love and the Western teachings in which she had been raised.

Karen entered ministerial school in 1982. She was ordained in 1984 and served her first ministry in Olathe, Kansas. From 1985 until 1990 she served Unity Ministry of Reno as senior co-minister until she was called to Seattle Unity. Karen has continuously served Seattle Unity as a minister since 1990.

Karen moved to Seattle in 1990 when her daughter, Caroline was only 6 weeks old and her son, Jordan was 2 years old. Karen Lindvig has two children, two step-daughters, and two granddaughters.

She is loved and admired for the prayer consciousness she holds and for her ability to make one feel absolutely loved and blessed. She brings a wealth of Unity experience to her deep and thoughtful messages. Karen’s service has been far reaching including prayer ministry, mentoring individuals for ministry, the chaplain program and Earth Care Ministry. Her messages are powerful, operating on a variety of different levels. She combines wisdom and insights into the human condition with a profound mystic’s understanding of expanding spiritual awareness.